Don’t Vote for Someone Who Is Not Endorsed 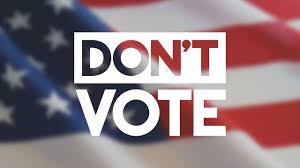 Every election season Second Amendment organizations reach out to candidates.  We send questionnaires and meeting requests and it is all an attempt to evaluate their candidacy for possible endorsement.  We want to know if they are pro Second Amendment, viable, and honorable because our next step is to communicate to our membership that support will be needed to get that candidate elected.

This is a process we all take very seriously. Our endorsement not only means the future of the Second Amendment, but it also puts our reputation on the line by telling our membership what candidate deserves their dollar and their time.

Generally, it is easy to determine who is on our side and who is not.  There is a type of candidate however, that every organization runs into every election season.  It is the candidate who assures us he/she is on our side, but doesn’t want our endorsement.  Maybe their political consultant told them to say that.  Maybe they are just naturally spineless.  Either way, this candidate is not your friend. This also includes candidates that do not respond to our questionnaire or calls. Many candidates look at our questionnaire but do not complete it, we must assume that they are also not our friend.

This type of candidate believes he/she doesn’t need you (the gun owner) and that you’ll vote for him/her anyway.  They believe that because they promise not to ban guns and because they are slightly better than their opponent…you are stuck.  You, in essence, have to vote for him/her.

By “Second Amendment group”, I do not mean the Republican Party or an organization that is generally thought of as “conservative”.  I mean a truly dedicated, single-issue organization like SDCGO, NRA, FPC, CRPA, GOC, GOA, or other. The tendency is to see on the ballot that Candidate A is bad and therefore Candidate B must be good (even when they are not endorsed by a Second Amendment organization).  The result of years of this pattern is we have a lot of elected officials in office who won’t help us and a lot of candidates and consultants who don’t think they need us.

This might hurt in the short term.  You may have to leave a spot on your ballot blank even though you really dislike one of the other candidates.  But it is a necessary next step.  Until we stop voting for candidates who have not been endorsed, the actual endorsement of candidates by Second Amendment organizations will not hold the weight and power possible and we will continue to get fake friends as candidates.

This election and from now on, don’t vote for any candidate who has not been endorsed by a Second Amendment group.  This will help us get good Second Amendment people into office and it doesn’t cost you any time or money to support this effective strategy.