Carry Concealed in California Without a License? – With states like California and New York ignoring SCOTUS, some may be tempted to break the law to protect themselves and their loved ones 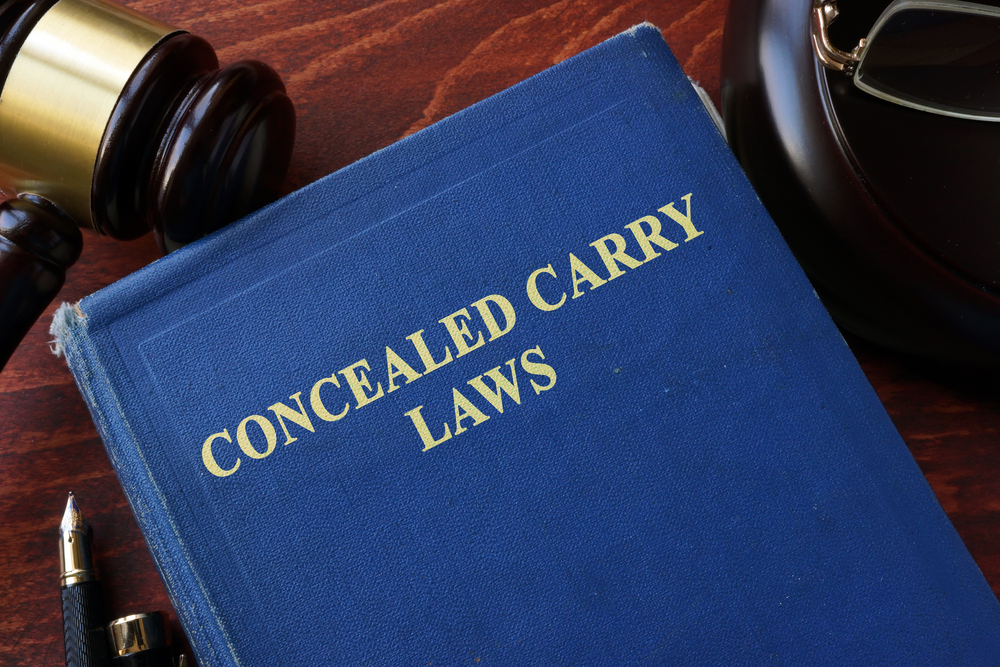 Violent crime is increasing throughout California and across the country particularly in our nation’s cities. So far, California cities have escaped the alarming increases in shootings and homicides seen in New Orleans, Chicago, New York, Philadelphia, and other American cities but we’re trying hard to catch up. The increase in homicide rate per 100,000 people in California in 2020 was the largest since 1989.

Understanding exactly what is happening and why when it comes to crime in America is extremely difficult as the causes and metrics are both numerous and complex. What is easy to understand is that most rational Americans realize that violent crime isn’t just something that happens to someone else. Some have chosen to take responsibility for their own safety and for that of their loved ones. That responsibility in today’s world involves firearms and therein lies the problem.

There are over 22 million concealed carry permits issued in America. The number of legally armed citizens who carry is likely much larger due to the 25 states where no permit is required The US Supreme Court (SCOTUS) recently ruled in NYSRPA vs Bruen that the Second Amendment protects the right of an individual to carry a firearm for self-protection outside the home. Problem solved in America, but not so in the Peoples Republic.

California’s response to SCOTUS was SB918. Had SB918 passed it would have effectively ended concealed carry in California by making possession of a firearm illegal in almost all public areas including businesses, churches, medical offices, public events, and just about anywhere else. The ban included sidewalks and parking lots adjacent to prohibited areas. The bill failed to pass due to a tactical blunder by the Democrats, but it will almost certainly be back in January when it will likely pass.

If California issues a concealed carry license (CCW) authorizing license holders to carry a concealed firearm in public where legally allowed, but makes it illegal to carry almost anywhere in public what then is a responsible person to do? The choice becomes ignore the law and risk legal jeopardy or go unarmed and hope violent crime doesn’t find you or your family.

This would be a surprisingly difficult decision for most CCW holders. CCW holders, in general, are an extremely law-abiding group, they’re rule followers. They also tend to be more knowledgeable than the average person regarding use of force laws and criminal behavior. Intentionally risking legal jeopardy wouldn’t be a decision taken lightly.

So, what is the legal jeopardy for carrying without a license? The answer in California is it depends. The state can charge the crime as a misdemeanor or a felony at their discretion. A misdemeanor charge can carry penalties ranging from up to one year in jail, a $1000 fine and summary probation. A felony charge can result in up to three years in prison, a $10,000 fine and formal probation. Keep in mind that a felony conviction makes a person a prohibited possessor. How the individual is charged, and the penalty will be mostly up to a prosecutor and judge and likely be influenced by how they feel about guns and gun owners.

It’s unfortunate that normally law-abiding citizens are put in this position by dishonest politicians but that’s the system we’ve created. Those familiar with my work know that I believe most gun laws are unconstitutional and most harm law-abiding citizens while doing little to impede criminals. A recent incident in Philadelphia is a good example.

A fourteen-year-old boy decided to acquire a handgun (already illegal) and attempt to shoot a group of teens (also illegal) outside a Philadelphia recreation center. In the process he killed a 41-year-old mother of three who worked at the center. Mayor Jim Kenney’s response was to sign an executive order banning guns and weapons from city recreation centers, pools, and parks.

I don’t know anything about Jim Kenney but I’m willing to go out on a limb and say he probably isn’t a stupid man. Kenney knows his executive order will do absolutely nothing to stop or reduce the number of similar incidents in the future. Kenney isn’t a stupid politician, just a dishonest one.

Rather than address the problem which would start with his incompetent, soft on crime, Soros funded District Attorney who the Pennsylvania legislature is attempting to impeach, he’s chosen to enact executive orders that further endanger the public. A move not uncommon with today’s politicians.

Those familiar with my writing also know I believe the best way to address these problems across America is to vote these dishonest politicians out of office and elect honest men and women in both parties who care about the country and want to make things better. The elections are in November, and as a former boss of mine used to say: “your path is clear”.

Previous PostCarry Concealed in California Without a License? – With states like California and New York ignoring SCOTUS, some may be tempted to break the law to protect themselves and their loved ones
Next PostThe Good Guys Score First in New York Concealed Carry Case – A federal judge temporarily blocked much of the New York version of California’s SB918, a good sign for California concealed carriers